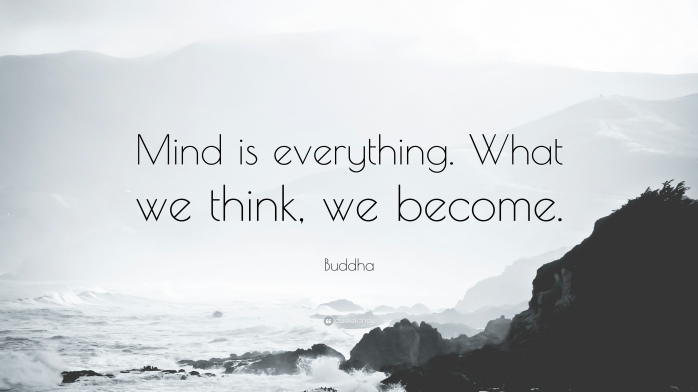 In my last post, Where Sobriety Begins, I talked about how journaling led me to a voice I didn’t recognize as my own.

As someone who studies the science behind the brain, Erik Hoffman explains the power of conscious thought here perfectly:

What Were You Thinking?

Sobriety begins in the mind.

And by mind, I mean the conscious part of you that thinks and loves and dreams, as opposed to the physical brain. One can survive the other.

Over a decade ago, I started the first of a dozen journals with the idea that by writing down my pledges to give up drinking for x amount of time, I could hold myself accountable. Or at least recognize where I was failing over and over again.

I bought a beautiful, gilded journal from a bookstore with an odd illustration on the front. I learned from a description on the back cover that the image was from the Book of Kells, which I’d never heard of. I did an internet search and discovered it was a medieval manuscript written in Ireland — a decorated version of the four gospels relating to the life of Jesus Christ. The image on the cover of my journal was called the Chi Ro monogram: the first two letters of the word Christ in Greek.

Interesting, I thought, and somehow fitting. It made me feel like my journaling would be a sacred process. So for the first time in ages, I began to write, using motivational quotes and doodling in the margins. Here’s my first entry:

“All appears to change when we change.”   — Henri Amiel, 19th century Swiss writer

When we change — all else changes. I’ll try to do my part, and it’s up to the universe to prove this to be true.

Reading this now is kind of funny, because the universe shocked the hell out of me. It did its part in spades. And I did my part, now and then. I would journal for two weeks straight and then drop out of sight for a week or a month. But something about the process seemed almost magical. I was drawn back to the journal, with its promise of sacred text, again and again.

What I found out is that writing is sacred. It gets you in touch with a much deeper wisdom within your own mind. The voice I heard was wiser and kinder than the voice I was used to hearing, day in and day out. And what flowed across the page became a conversation with a part of myself that I didn’t recognize.

But this higher self, or better angel, or Christ-Consciousness, or Buddha-nature, or Spirit had the answers I was looking for. When I listened to this voice, and not to the voice of the ego, a door was opened, just a crack.

This voice spoke of power and self-love and forgiveness. The more I listened, and the more I acted on this awareness — this divinity within me — the more my world began to change. Dramatically.

Here is a miracle I could only see in hindsight: In the first sentence on the first page of my first journal, I was given the keys to the kingdom:

All appears to change when we change. 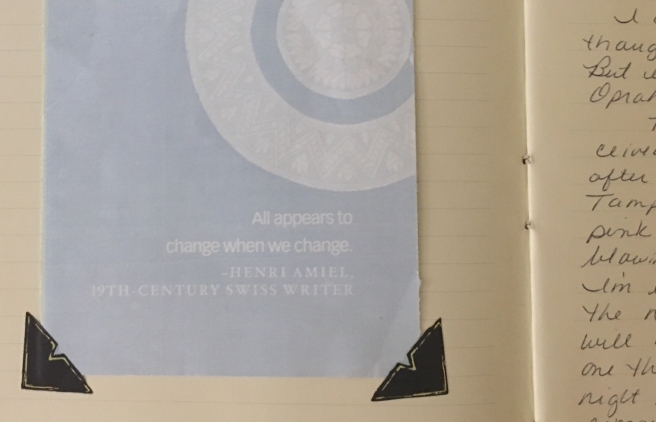 This Saturday in Atlanta!

I’ve heard these events are amazing! If you live in the Atlanta area, spend a day with women recovering from substance use issues, codependency, loss, or other life challenges.

April 28 at the Sacred Pause Saturday: Yoga and Connection in Atlanta.

May is a great month for change and renewal. It’s named after the ancient goddess Maia, who is associated with flourishing spring, fertility, and playfulness. In that creative spirit, throw off the habits of winter and wake up to spring!

If you’ve been struggling to go alcohol-free for some period of time, why not choose May? I’ve been AF for a couple of years, but I have some major habits I need to vacate in May, and I will use this time for my own mental spring-cleaning.

So … for every day in the month of May, I’m going to post one motivating blog that deals with self-love, self-empowerment, and the creative mind. The posts will also deal with how we perceive ourselves and our place in the world.

This will be a spiritual blog, but not in the religious sense. I follow A Course in Miracles, which is exactly what it says … it’s a course and not a religion, although it deals with spiritual themes and the nature of perception. And though I use the words God or Spirit, you can just as easily substitute Higher Power, Buddha, Yahweh, Allah, All That Is, The Universe, or any other term you’d like.

What I’ve found in my long search for sobriety is that the power to choose begins in the mind, and that it’s possible to use your thoughts to change not only your behavior, but your entire outlook on life. This power is available to every one of us, and in it lies the power to change the world.

Next Blog: Where I get my inspiration. 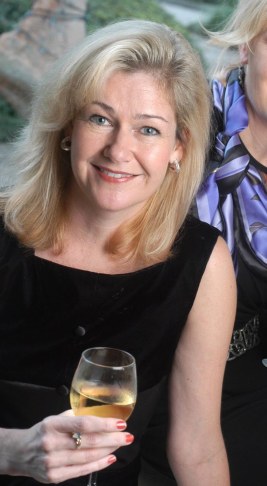 A friend just sent me a photo from the good ole’ days.

I can see that my eyes are puffy and my skin is dehydrated, because I’m way too young here to have so many laugh lines. (Well, there is that whole sun exposure thing. Have I ever mentioned that I lived in St. Thomas for a year?)

Those days weren’t that great.

But right now, I’m getting ready to go hiking through my favorite mountain top. Later on, I’ll get some work done, go have an incredibly healthy dinner, and then call some people I love.

These are the good ole’ days.

We all said that while sharing bottle after bottle. Check out this article from The Guardian:

“This study makes clear that on balance there are no health benefits from drinking alcohol, which is usually the case when things sound too good to be true.”

“Sobriety is so much more than not drinking. It is the complete transformation of quality of life.”

— Jacqui at The OAM

I LOVE this woman’s blog. She travels all over the world and writes beautifully! If you really want to be impressed, check out her Instagram photos at the bottom of her page. (Those photos are actually her.)

Here is her post Homegrown Sobriety at the The OAM.

Today is Saturday, and I’m free as a bird.

I can do anything I want, or nothing at all. Yoga? Maybe. Or I might drag out my camera and try to take some really artsy photos. Or I might take the dog to that park with the sign that says, “No dogs” and sneak him in under the fence. That’s always fun. And I MOST DEFINITELY am going to the Starbucks drive-through and get a giant chocolate chip cookie and some iced green tea.

I ramble on here for a reason. What I have today is possibilities. I have no goal for the day except to enjoy it and do whatever my heart desires.

I remember a well-meaning friend asking me if I wanted to join a hiking group a few years back. But how does the involve drinking? I thought. As if reading my mind, she said, “It’s a short walk through the woods, and then we end up at restaurant and have some drinks.” Now we’re talking.

And because drinking made me a slug, I told her that my ankle was acting up, but that I’d meet them at the restaurant. Perfect plans!

I got there early and had a nice pre-drink so as not to drink others under the table, which is seen as unladylike in some cultures. Plus, these weren’t my regular friends, so they might be the type to order a glass of wine and then sip it slowly, making it awkward for other people to order another and another. So rude.

And that’s exactly what happened. They showed up with those hiking stick things, all glowy with health, and ordered tea. (Sweet tea, how decadent!) The waiter ruined by pre-drink plan by saying, “Do you want another glass of wine, miss?” I hesitated just a second, and said, “Sure,” as if he’d pressured me into it. Then I remembered to rub my ankle as if it hurt.

The whole thing was a fraudulent act to hide my only goal: to drink. It was Saturday, and no one was going to stop me from drinking. Not that I didn’t drink the rest of the week as well, but Saturday gave me an extra license to drink. Besides, what if I quit Monday? Better enjoy it while you can.

I could never have relaxed at this outing without the wine. My tunnel vision would make it so I couldn’t think about anything but leaving. I might have gone to the ladies room (alone) and popped open a mini-bottle with my name on it, hidden in my big purse for just these types of emergencies. (My purse could hold up to four mini-bottles for dry weddings, etc. It was big and ugly, as my daugher liked to point out, but it served its secret purpose.)

It’s so nice to be free of that tunnel vision. My mind is free to wander and enjoy the possibilities of just going with the flow. I don’t have to arrange for a drinking lunch, an afternoon nap to sleep it off, and then an evening of more wine.

And a Sunday from freaking hell. Liquor stores don’t open until 12:00.

the pursuit of meaning